Qtum has just launched one of the biggest DeFi development funds to date. $1M has been allocated initially by the Quantum Foundation but Qtum founder Patrick Dai has said that as much as $5M may eventually be assigned to DeFi devs. The fund has been designed for solo developers and teams interested in creating scalable decentralized finance applications.

Innovation on Ethereum has been stymied by transactional bottlenecks that have caused fees to spike. It now routinely costs over $10 to make a simple DEX trade and more than $3 to send ETH or USDT, with gas exceeding 250 gwei on a regular basis. Proof of Stake chain Qtum has higher throughput and lower fees. Thus far, it’s lacked Ethereum’s active community – as have all smart contract blockchains – but the DeFi development fund should help there. If enough developers create useful applications within the Qtum ecosystem, users will follow.

The Case for Building on Qtum

Qtum believes its PoS chain is a better candidate for hosting DeFi compared to networks such as EOS, TRON, and Waves, which have also made overtures to Ethereum developers. The fact that Qtum uses the same EVM and Solidity is an obvious selling point, but there are also features such as greater privacy on Qtum. Phantom Protocol, a zk-SNARKs-based on-chain privacy protocol developed by Qtum, allows QRC20 tokens to be converted into private assets so that the addresses and transaction amounts for both parties can be hidden.

While various projects are working on privacy implementations on Ethereum, these are either at an early stage or have been hampered by high on-chain fees. In a blog post making the case for DeFi porting to Qtum, its team asserts that “After 3 years of technological iteration, Qtum has gradually developed a variety of unique technical and environmental characteristics, which are entirely suitable for building DeFi projects.” 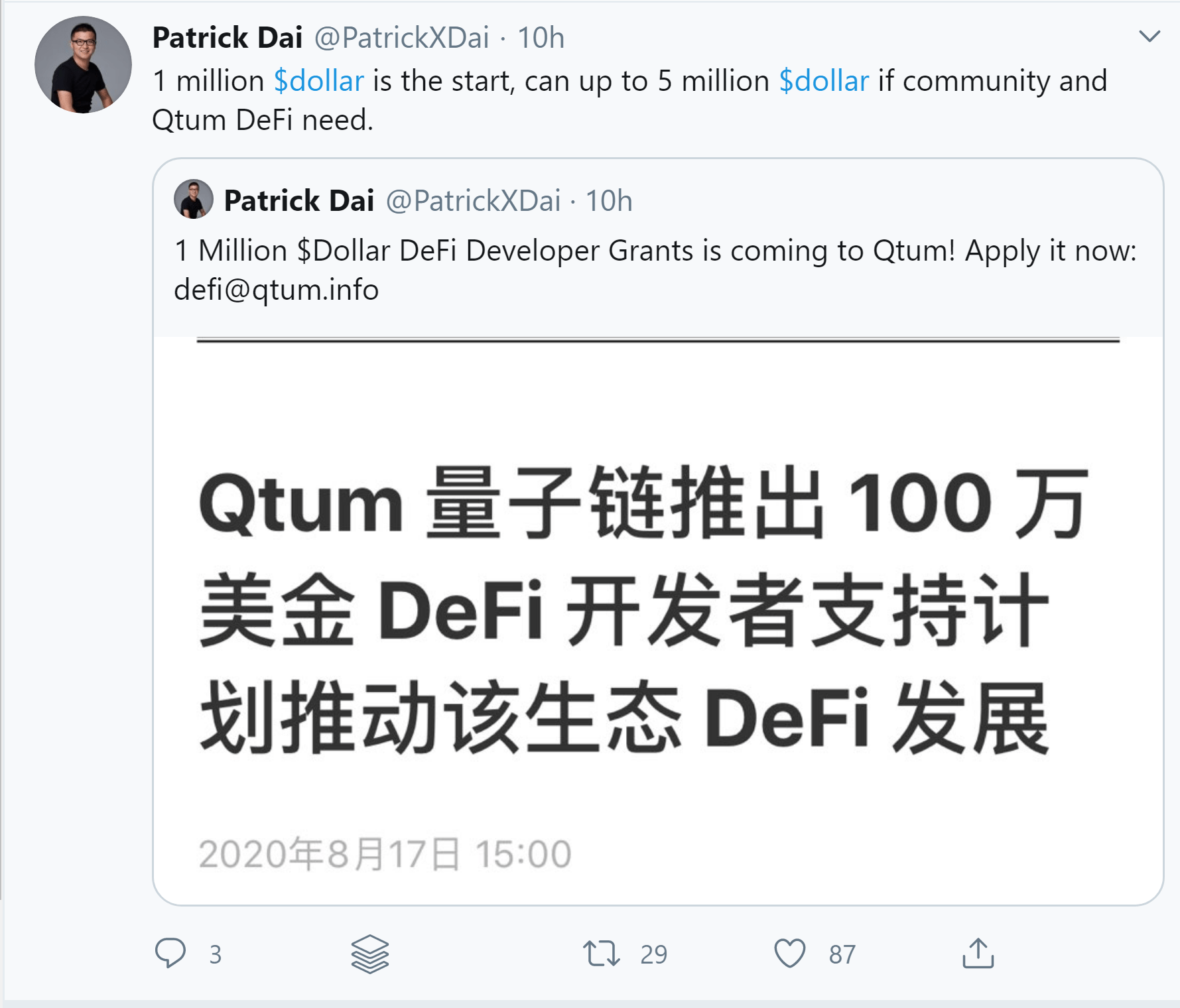 These include support for an array of programming languages since Qtum supports several VMs aside from Ethereum’s. It also incorporates many of the tools and compatibilities that are synonymous with Ethereum, enabling users to interact with the chain via a MetaMask-like web wallet, for instance. Then there’s the ability to make gas-less transactions, meaning that users who don’t hold QTUM in their wallet can still send QRC20 tokens.

As MyCrypto’s Taylor Monahan has noted, DeFi has gone exponential. It took over 900 days for the first $1 billion to be locked into DeFi protocols. The path from $5B to $6B took just over two days. There is now more than $6.35 billion stored in the DeFi ecosystem and $544 million in BTC represented through ERC20 assets like WBTC. If Qtum can lure some of that demand over to its own chain, it will establish itself as a more scalable Ethereum alternative that retains many of the features that caused ETH to become a victim of its own success.