After a multi-year bear market, Litecoin (LTC) has finally begun to move higher over recent days. The asset has gained around 20% since the lows of last week at approximately $55.

While there are many arguing that LTC has momentum, one analyst says that Litecoin is one of the “better bearish plays” in the crypto market right now. This same analyst has also expressed a bearish opinion about Bitcoin, arguing that the asset could retrace to the $8,000s in the months ahead.

Litecoin Is One of the Better Bearish Plays

According to a full-time crypto trader, Litecoin may be in a precarious position because it is running up against a pivotal resistance. He shared the chart below on August 17th, which shows that LTC is “entering an (unfortunately large) key resistance zone” that it has already been rejected from once.

“$LTC / #Litecoin – Seems like one of the better bearish plays on the market right now. The $BTC pair is doing a weekly bearish retest while the $USD pair is entering a (unfortunately large) key resistance zone.” 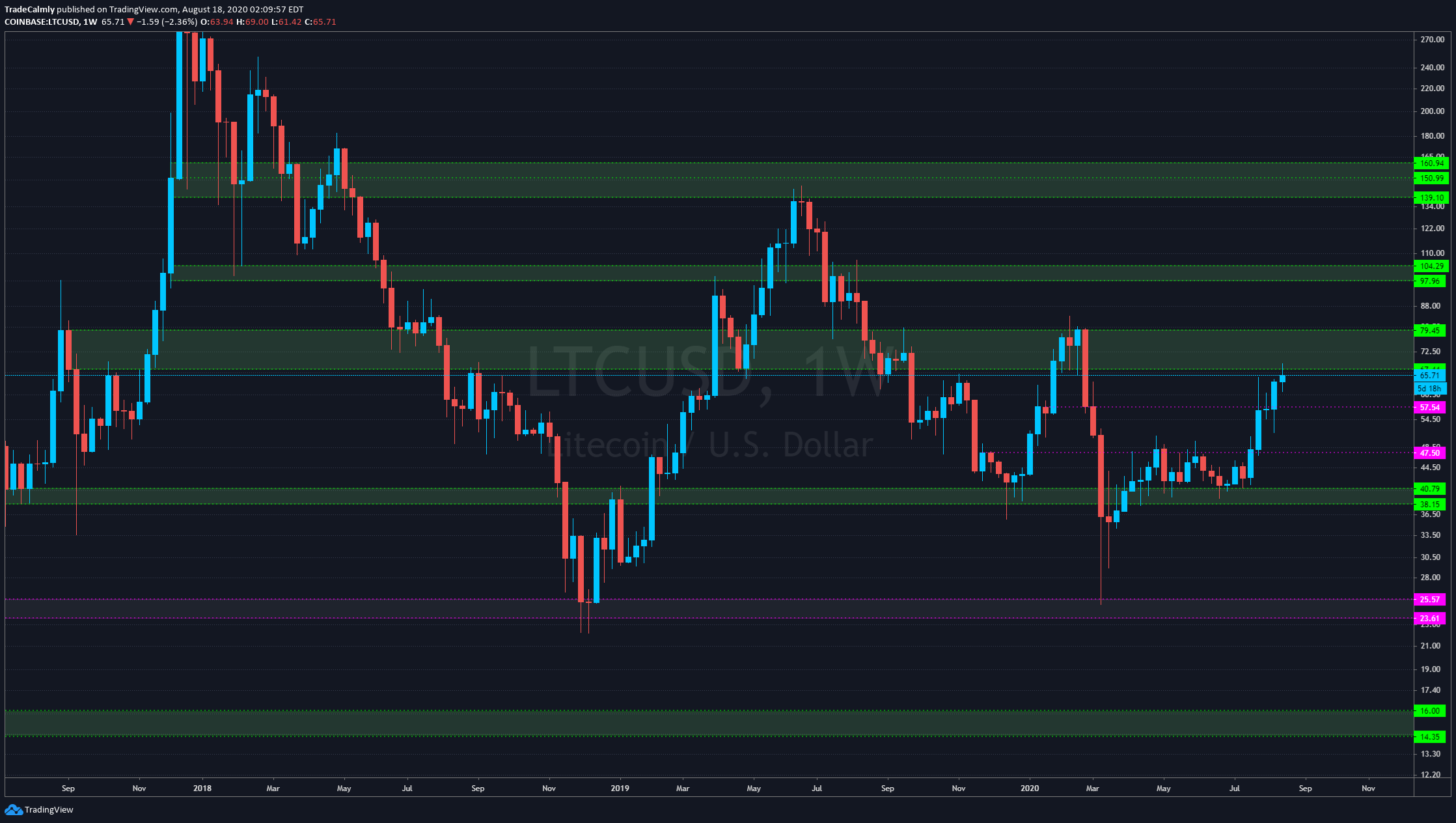 While he did not mention a price target for Litecoin, his chart does show the next pivotal support level at $41. His chart, though, seems to suggest that there is a confluence of intermediate support levels at $48 and $57, along with many others scattered throughout prices below those levels.

Really? Not Everyone Agrees

His sentiment is actually against the majority of analysts, who say that Litecoin is potentially on the verge of a major bull run.

One market commentator noted that Litecoin’s one-month Moving Average Convergence Divergence (MACD) is about to cross into the green for the first time since the middle of 2019. The MACD is “designed to reveal changes in the strength, direction, momentum, and duration of a trend in a stock’s price,” Wikipedia writes.

There is also a group of analysts that have noted that Litecoin’s Bitcoin pair looks strong. One cites the recent breakout, which was predicated on an influx of buying volume and a move above a pivotal technical resistance. And another says that it’s logical for LTC to outperform Bitcoin next after Ethereum and XRP did so.