Bitcoin Is in “Do or Die” Territory After $500 Correction: Here’s Why

Bitcoin has embarked on a strong correction over the past 24 hours. After peaking at $11,850 earlier this week, the asset slipped as low as $11,150 on Tuesday as selling mounted on spot exchanges, evidenced by a negative predicted funding rate with OKEx’ BTC perpetual futures market.

While the asset has bounced back to $11,300 as of this article’s writing, the asset remains $500 lower than it was just the other day and below pivotal technical support levels.

Analysts say that Bitcoin is now in do or die territory, where it needs to bounce or else risk a stronger correction than the one already seen.

Bitcoin Should Bounce Here Or Risk a Stronger Correction

Bitcoin’s ongoing correction has not pleased bulls, but not all hope is lost for the ongoing cryptocurrency uptrend.

One digital asset trader shared the chart below on August 25th, noting that Bitcoin is now trading below a pivotal technical level on its four-hour chart. According to him, BTC must bounce here, meaning it must hold around $11,300 because there is the 200-period moving average, monthly open, and a relevant swing point all around this price point.

If Bitcoin closes below this level and tests it as resistance, the analyst suggested, a move towards $10,500 will be possible.

“Do or die time for $BTC. If we’re going to bounce, now is the time. Confluence with 200MA, Monthy Open and Relevant Swing Point. Lose this level and 10.5k is on the table.” 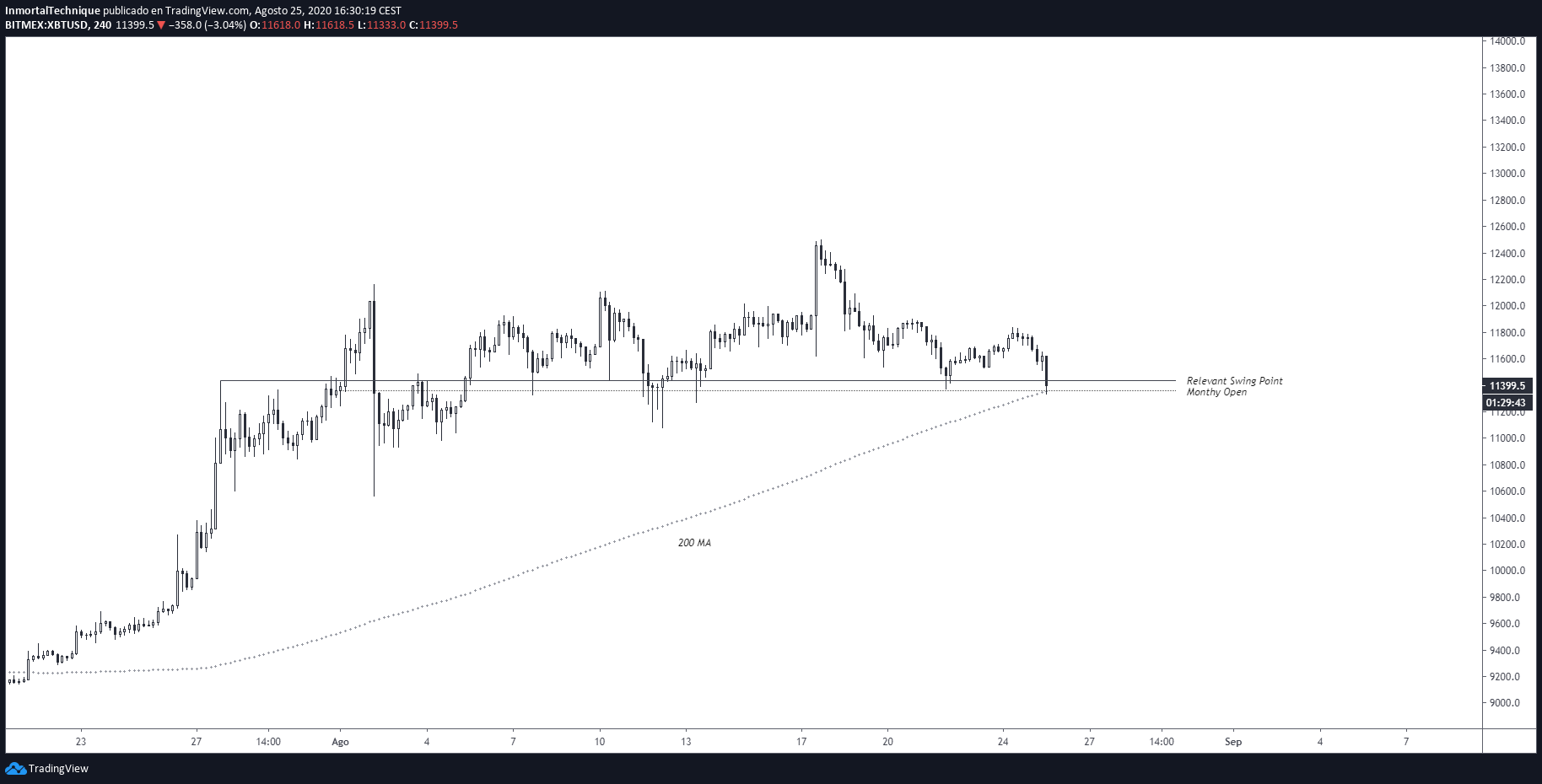 Analysts remain adamant, though, that the fundamentals of the crypto market remain skewed in favor of bulls in the longer run.