Why Bitcoin Buyers Should Beware of Unregulated Exchanges

There are many reasons to be optimistic about the future of cryptocurrency. This year, as bitcoin soared past its all-time high, we saw PayPal introduce support for digital assets; a Nasdaq-listed company boosted their bitcoin balance sheet to $1.6 billion; and the first bitcoin owner, Cynthia Lummis, made it to the U.S. Senate. Ethereum also became the first blockchain to settle $1 trillion in a single year. In short, it was a good year.

And yet for all the rampant positivity, there remains an 800lb elephant in the crypto room: Regulation. Regulatory headwinds haven’t just caused Facebook’s stablecoin project Libra to grind to a halt; they’ve also forced countless crypto companies to think about how they want to operate in the coming years. Following the much-publicized DoJ charges brought against the owners of cryptocurrency trading exchange BitMEX in October, we have seen capital flow out of not only BitMEX but also OKEx, Huobi, and Binance.

This crypto flight to safety should give budding bitcoin buyers pause for thought – and to think twice before trading on unregulated exchanges.

Regulators have been a step behind crypto for years, but that is beginning to change. Hence the recent powwow involving finance ministers and central bank governors from the U.S., Canada, Japan, Great Britain, Germany, France, Italy, the European Commission, and the Eurogroup. The topic under discussion? How to implement stronger regulation in the digital asset ecosystem.

One thing we can be sure of: regulators aren’t going anywhere. The success of the crypto industry will only strengthen the resolve of global authorities seeking to put measures in place that prevent malpractice, safeguard users and, inevitably, ensure national governments get their piece of the pie.

Interestingly, the latest regulatory battlefront has centered on the validity of private crypto wallets, with U.S. regulators contemplating banning the use of non-custodial wallets. In other words, digital asset exchanges will be responsible for ensuring users cannot send funds from their custodial account to a hardware (offline) wallet. This action is already underway in Switzerland and Singapore, and in Korea and Japan regulators have made every effort to prevent local exchanges supporting assets that facilitate private transactions; earlier this month, France approved new measures to crack down on anonymous transactions too.

Entities such as the Financial Crimes Enforcement Network (FinCEN), the Financial Action Task Force (FATF), and the Securities and Exchange Commission (SEC), not to mention blockchain-centric analytics firms such as Chainalysis and CipherTrace, are busy laying the foundations that will determine the success or failure not only of crypto exchanges but the entire industry. After all, if regulations torpedo leading crypto projects, confidence among users will inevitably falter. 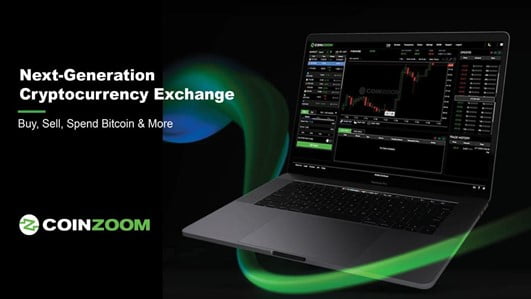 Why Unregulated Exchanges Are Destined to Fail

All of which is to say that crypto companies (and users themselves) must consider regulatory risk when interacting in the space, whether it’s buying a privacy coin, installing a self-hosted wallet, transacting on a peer-to-peer exchange or actively trading on the markets. In this emerging landscape, it’s becoming clear that unregulated exchanges and services – such as those that fail to enforce KYC/AML measures to prevent money laundering and other illicit activities – simply aren’t going to survive.

According to CoinZoom CEO Todd Crosland: “Although cryptocurrency adoption has come a long way, the simple fact is that digital assets aren’t deemed trustworthy by the general public – and this is largely due to a lack of oversight.”

“If more services were regulated, the reputation of the entire industry would benefit. Regulations can help to reduce the number of scams, and therefore help address distrust among potential new users.”

If Crosland is correct, the merits of using a fully compliant exchange, such as CoinZoom, Coinbase, or Gemini in the U.S., or favoring a regulated stablecoin like USDC, should be evident.

Cryptocurrency users should avoid unregulated offshore exchanges and educate themselves on the developing legislative picture. Crypto is an incredibly exciting industry that represents an impressive evolution of the traditional financial system. What it’s lacked, up until now, is the regulatory framework to match. After years of inertia, all that’s now changing fast and the days of fly-by-night exchanges are numbered. Traders who cherish their crypto should take their assets elsewhere while they still can.