Maybe some people still believe it, but Bitcoin isn’t really anonymous. Indeed, isn’t anonymous at all: all the transactions in this currency are recorded in a public —and widely-available-online— ledger. Tracking the funds and the parties behind them isn’t that hard, and that’s why privacy coins were created.

The privacy coins are cryptocurrencies with in-design functionalities for higher privacy. Some of them are private by default, while others let the users decide if they want to activate the functionality or not. Some known privacy coins so far are Monero (XMR), Zcash (ZEC), Grin (GRIN), Zcoin (XZC), Verge (XVG), and even John McAfee’s crypto Ghost (GHOST).

All of them, sadly, have arisen some concerns among governments and authorities. Perhaps especially since the last year, when the crypto-world gained much more notoriety in the public sphere.

Privacy is a fundamental human right (declared by the UN last century), but for some authorities also means shady issues and troubles. At least, when privacy has to do something with money… just like it’s the case with privacy coins. So, they supposedly can work for money laundering, terrorist financing, awful purchases in the Darknet, and so on.

Of course, Bitcoin and American Dollars (or any other currency) work just perfectly for the same dark purposes. However, the fact that the authorities can’t properly track the money when is converted into a privacy coin is more than worrisome for them (apparently they don’t know cash yet).

Europol has categorized them as “main threats” because they consider that privacy coins would facilitate illicit business and money laundering. France’s finance committee has recommended a ban for these coins, the U.S. secret service is probably investigating them right now, several exchanges worldwide have delisted these coins due to banking or regulatory pressures and, the cherry on the cake, Japan and South Korea have already banned the privacy coins.

The reason for all this is generally the same: worries about what might (and isn’t) happen. Then, privacy coins act like some kinds of scapegoats in the crypto-world, if we just follow the facts. In Japan, for example, they were forbidden after the great hack against Coincheck in 2018. The crypto robbed was NEM (not a privacy coin), and the hackers didn’t use privacy coins either to launder the money.

Besides, the delisting parties of these coins weren’t even breaking any law, since they’re not in Japan or South Korea (or not only in those countries). So, one can wonder why. 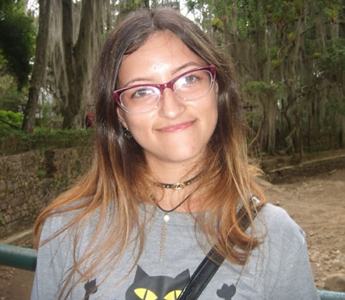 Beyond the current bans in the said countries, there are also some existent regulations for privacy coins, as was described in a whitepaper by the legal firm Perkins Coie. Government agencies like the U.S. Financial Crimes Enforcement Network (FinCEN), the U.K. Financial Conduct Authority and the international Financial Action Task Force (FATF) have issued their own regulatory guides about it, or have included these coins in their Anti-Money Laundering (AML) rules.

Maybe they differ in some small things, but these rules and guides basically come down to one thing and one party: Virtual Asset Service Providers (VASPs) applying Know-Your-Customer (KYC) processes. In other words, crypto-exchanges and the like asking for personal data and documents to their customers before allowing any trade. Especially if that trade involves fiat currency.

Well… that doesn’t sound like something new, right? In most cases, in most exchanges (if they’re properly regulated), they’ll ask you for your identity. The trick here is the exchanges that want to deal with privacy coins would need to apply a more complicated process.

Despite the privacy of these assets, according to Perkins Coie, is still possible for a crypto-exchange to be regulatory compliant while trading with it. That goal would be reached through a risk-based AML program.

“When conducting an AML risk assessment, a VASP is generally expected to analyze (a) the inherent AML risk of its customers, geographies, products, and operations, (b) the controls it applies to mitigate such inherent risks, including enhanced due diligence, and (c) the residual AML risk that the VASP faces”.

This means, besides the due KYC, they would need to evaluate their client’s and their own circumstances before allowing the trading. That could be difficult and expensive, so, small exchanges are opting for delisting.

Good news: privacy coins sum a total market capitalization of $10.1b, and they grew by around 27% only during last week, according to CryptoSlate. Bad news: they’ve been used as payment in Darknet and underground markets, and some criminals have demanded coins like Monero as a ransom in hijackings (physical and virtual – such as ransomware).

Part of the reasons they were banned in South Korea was the discovering of the infamous “Nth Room”. This was a “club” in Telegram involving several groups sharing violent sexual acts and child pornography while blackmailing the victims and getting paid in crypto. Maybe, especially, in Monero (XMR). It’s assumed that exchanges like Bithumb and Huobidelisted this currency because of the scandal, in the first place.

Now, we must say this was awful, but it’s probably more an isolated case than a tendency. Or so the non-profit consulting firm RAND Corporation indicated in a recent study.

“While privacy coins may theoretically seem a boon to users engaged in illicit or criminal activities, various practical considerations may, in fact, make them less attractive for conducting illicit transactions on the dark web”.

Additionally, they pointed to Bitcoin (BTC) as the dominant cryptocurrency for illicit activities on the Darknet. And that’s not either something of much consideration, if we must believe to the last “Internet Organized Crime Threat Assessment” (IOCTA) report by Europol.

“The overwhelming majority of bitcoin transactions were linked to investment and trading activity so, despite considerable abuse, criminal activity corresponds to only 1.1% of total transactions”.

On the other hand, average people are using coins like Monero for average things, like shopping, gaming, or renting. According to Cryptwerk, over 881 merchants are accepting this currency; over 767 accept Zcash (ZEC), and over 309 accept Verge (XVG), for example. Besides, recently, the Monero community prepared a funded proposal to include this crypto as a payment option in Tesla, which recently added Bitcoin.

Against all odds, privacy coins keep thriving. They’re not breaking old records like Bitcoin or Ethereum these days, but that doesn’t mean they’re not doing well. Year-to-date, Monero price increased by over 60%, Zcash grew by around 137%, Verge went up by 185%, and Grin by 117%. So, perhaps because they’re decentralized and grab to privacy, the delisting isn’t affected them that much.

Meanwhile, in the United States, the Internal Revenue Service (IRS) awarded +$1M to blockchain analytics firms Chainalysis and Integra FEC to break the Monero privacy system. And Chainalysis are already tracking the transactions in Zcash and Dash, even if the last one isn’t widely considered a privacy coin as such. Likewise, the American firm CipherTrace is developing a tool to track transactions in Monero… but they’re not being very successful so far.

Just like Riccardo Spagni (FluffyPony) said in an interview about it:

“There was an interview with their CEO [CipherTrace], where they showed a screenshot of what was basically a visual block explorer for Monero. By their own admission, this is based on heuristics. They claim to have 90% confidence in what the true output for a transaction is, but this is a totally arbitrary guess. This is not to say that Monero does not have any weaknesses. But all these are discussed openly”.

Of course, the privacy coins aren’t fully perfect. They probably have weaknesses that nobody has discovered yet, even. But they’re doing a great job in a society that starts to really care about its privacy if the whole migration to Telegram due to the change of privacy policies in WhatsApp is something as a giveaway.

So, if we should bet, more worldwide regulations for these coins are probably around the corner. Nevertheless, that won’t pose a huge obstacle for them, but a way to keep growing in a safer environment.