TA: Ethereum Turns Red, Why Recovery Could Be Attractive To Sellers

Ethereum extended its decline below the $2,200 support zone against the US Dollar. ETH price is showing bearish signs and it might dive further towards $2,000.

There was no major recovery in ethereum above the $2,300 level. ETH remained in a bearish zone and it broke the main $2,200 support zone to move further into a bearish zone, similar to bitcoin.

It climbed above the $2,100 resistance. There was a break above the 23.6% Fib retracement level of the recent decline from the $2,406 swing high to $2,049 low. It is now testing a connecting bearish trend line with resistance near $2,150 on the hourly chart of ETH/USD. 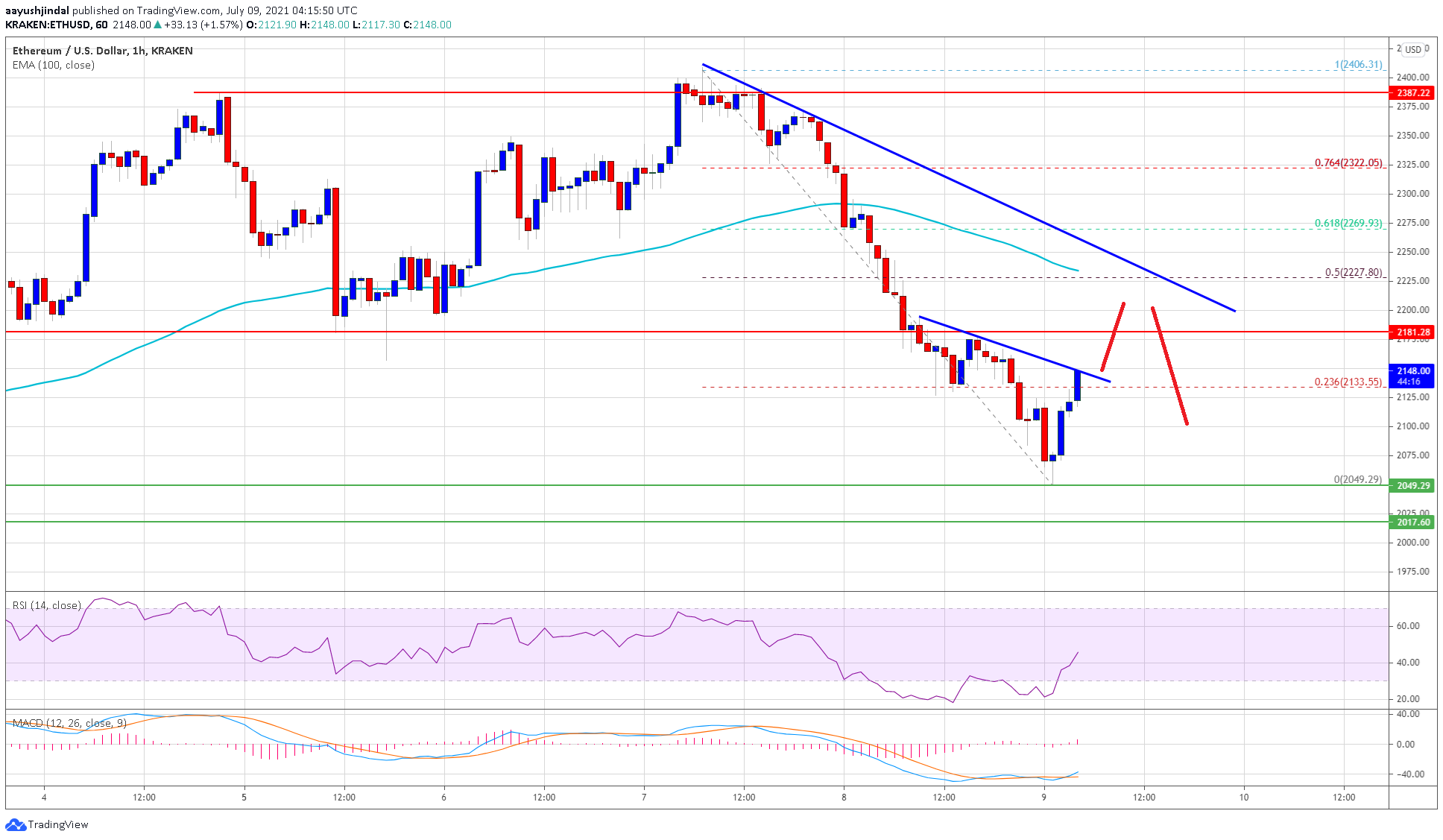 If Ethereum stays above the $2,050 support, it could correct higher in the near term. An initial resistance is near the $2,150 level.

The first key resistance could be $2,180. The next major resistance is near the $2,200 level and the 100 hourly simple moving average. There is also a major bearish trend line forming with resistance near $2,200 on the same chart. Any more gains could lead the price towards the $2,300 level in the near term.

Hourly RSI – The RSI for ETH/USD is currently near the 50 level.