Crypto staking on the Matic mainnet went live just over two weeks ago. On launch, Matic co-founder and CEO, Sandeep Nailwa took to Twitter to boast of the incredible 150% annual yield available for early adopters.

In few hours @maticnetwork community has staked around 6.68% of circulating supply of Matic. The current annual yield stands at around ~150%
Happy staking guys !! pic.twitter.com/X9yErope3E

Since then, as more token holders have come on board, the annual yield has dropped to 53%. This will drop further as the current percentage of tokens staked grows from its present level of 18%.

However, the fundamentals of Matic, including market cap and volume, are all superior to that of the market leader. 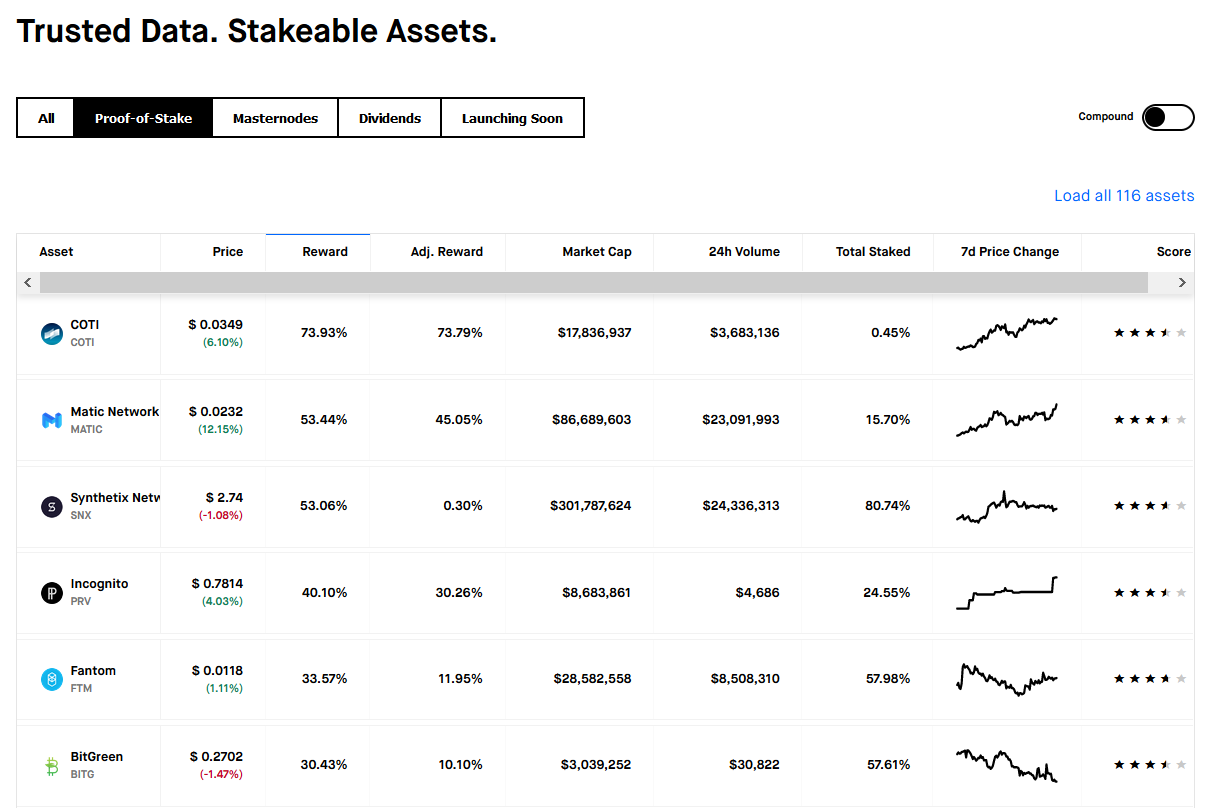 Notable staking protocols readying for launch include Cardano, which will be available from August 18th. Also, Binance backed mid-cap offering Elrond roll out their mainnet with staking on July 30th.

With that, the buzz surrounding staking, as well as DeFi in general, is generating huge excitement over the potential of cryptocurrency as a means to financial independence.

In a recent blog post, Matic demonstrated just how easy staking on their network is. The process starts with an ERC20 compatible wallet such as MetaMask or WalletConnect. Token holders use the wallet to log into the Matic Staking Dashboard.

From there, it’s a matter of navigating to the staking tab and choosing a validator. Following confirmation in the wallet, staking will be live after 12 block confirmations (approx 5 minutes.)

At present, there are seven validator nodes, all of which are run by the Matic Foundation.

However, as previously mentioned, the next stage of development will incorporate external third-party validators.

The protocol distributes rewards every 30 minutes, and users have the option to redelegate rewards earned for the compounding of staking rewards.

So far, community feedback has been generally positive. One user drew attention to the gains being much better than that of his bank.

But being a pioneer has its drawbacks. For one, staking on the Matic network requires users to lock up their tokens. Once staked, the Matic tokens are under the full control of delegators, and not the original token holder.

Recent changes meant the “unbonding” period (from a delegator) was cut from 19 days to 9 days. But when compared to Cardano, whose protocol will allow users full control of their staked ADA, the Matic protocol seems somewhat dated.

As well as that, Matic staking requires users to hold ETH to pay for gas fees. Not only is a gas fee incurred to pay to stake tokens, but redelegating rewards earned also draws additional gas fees.

The charges are relatively negligible, plus users can opt for slower confirmation times to reduce costs. But as gas fees fluctuate, this system highlights the protocol’s susceptibility to third party instances outside of their control.

Nonetheless, as demonstrated by Matic, as well as other projects, staking can and does work in the real world. And with the trend towards proof-of-stake protocols, this movement will only get bigger.