Technicals Suggest Bitcoin Could Correct To $10,700 Before Fresh Increase

Bitcoin is struggling to gain momentum above the $11,200 level against the US Dollar. BTC is currently correcting lower and it could test $10,700 before a fresh increase.

There was a break below a crucial bullish trend line with support near $10,900 on the hourly chart of the BTC/USD pair. The pair is now testing the 50% Fib retracement level of the recent upward move from $10,599 swing low to $11,195 high. 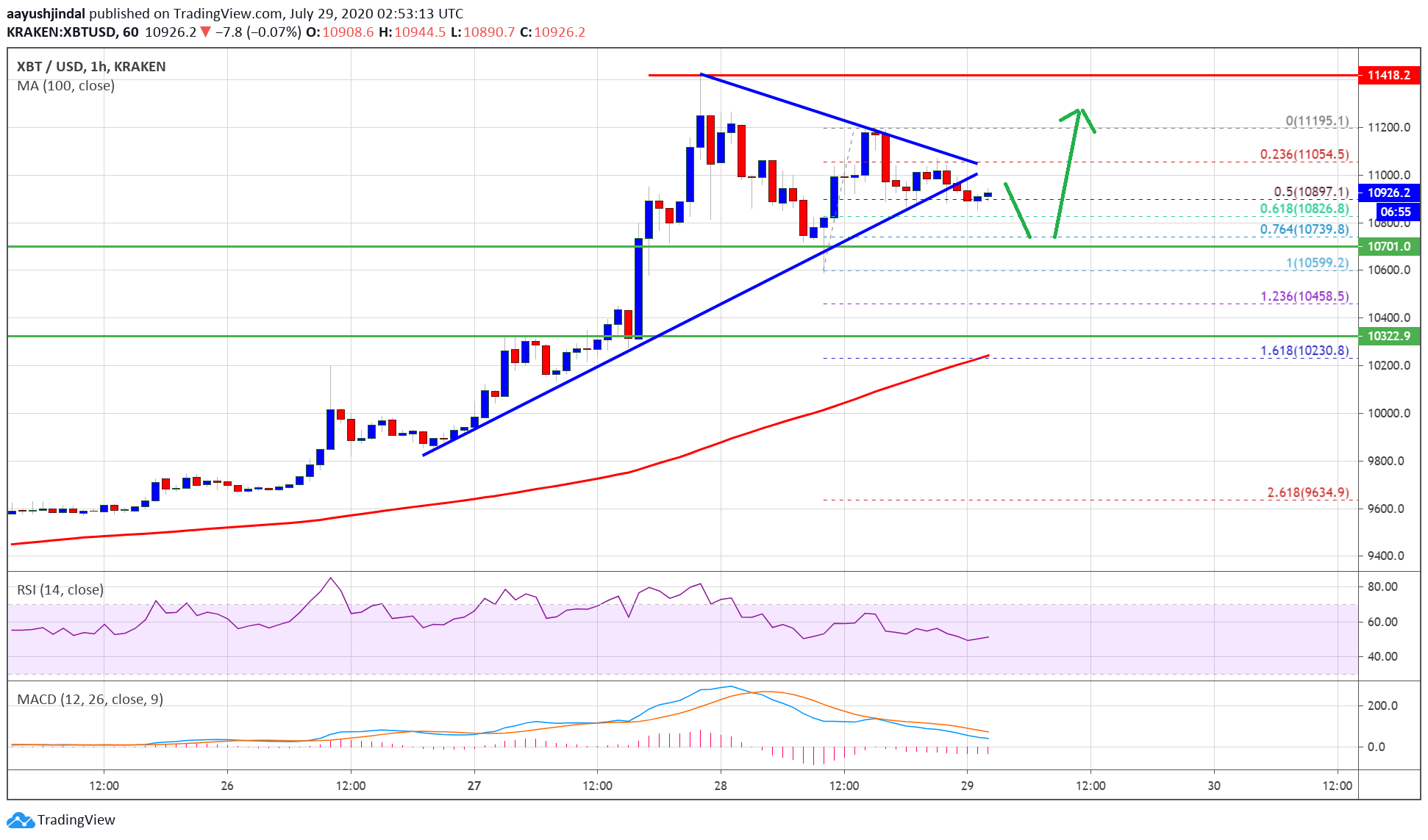 A successful close below the $10,700 level may perhaps start an extended decline. In the mentioned case, the price is likely to test the $10,300 support zone.

Once the current correction wave is complete, bitcoin price is likely to resume its upward move above $11,000. The first major resistance is near the $11,200 level.

A successful close above the $11,200 level is needed to start a fresh increase. The next major resistance on the upside is near the $11,400 and $11,500 levels. Any further gains could open the doors for a push towards the main $12,000 resistance in the near term.

Hourly MACD – The MACD is currently gaining pace in the bearish zone.

Hourly RSI (Relative Strength Index) – The RSI for BTC/USD is now correcting lower towards the 50 level.