Like other crypto assets, LEND underwent a strong correction last week. The cryptocurrency came under pressure due to Bitcoin and Ethereum diving lower as the legacy market slipped. LEND also suffered from a short-term collapse in DeFi, caused by the exit of Chef Nomi from SushiSwap.

Analysts remain optimistic on the cryptocurrency, which is the native token of Aave, for a variety of fundamental and technical reasons.

LEND Could Double: Analyst Shows How

A fractal analysis first noticed by a leading cryptocurrency trader suggests that LEND will surge over 100% in the months to come. 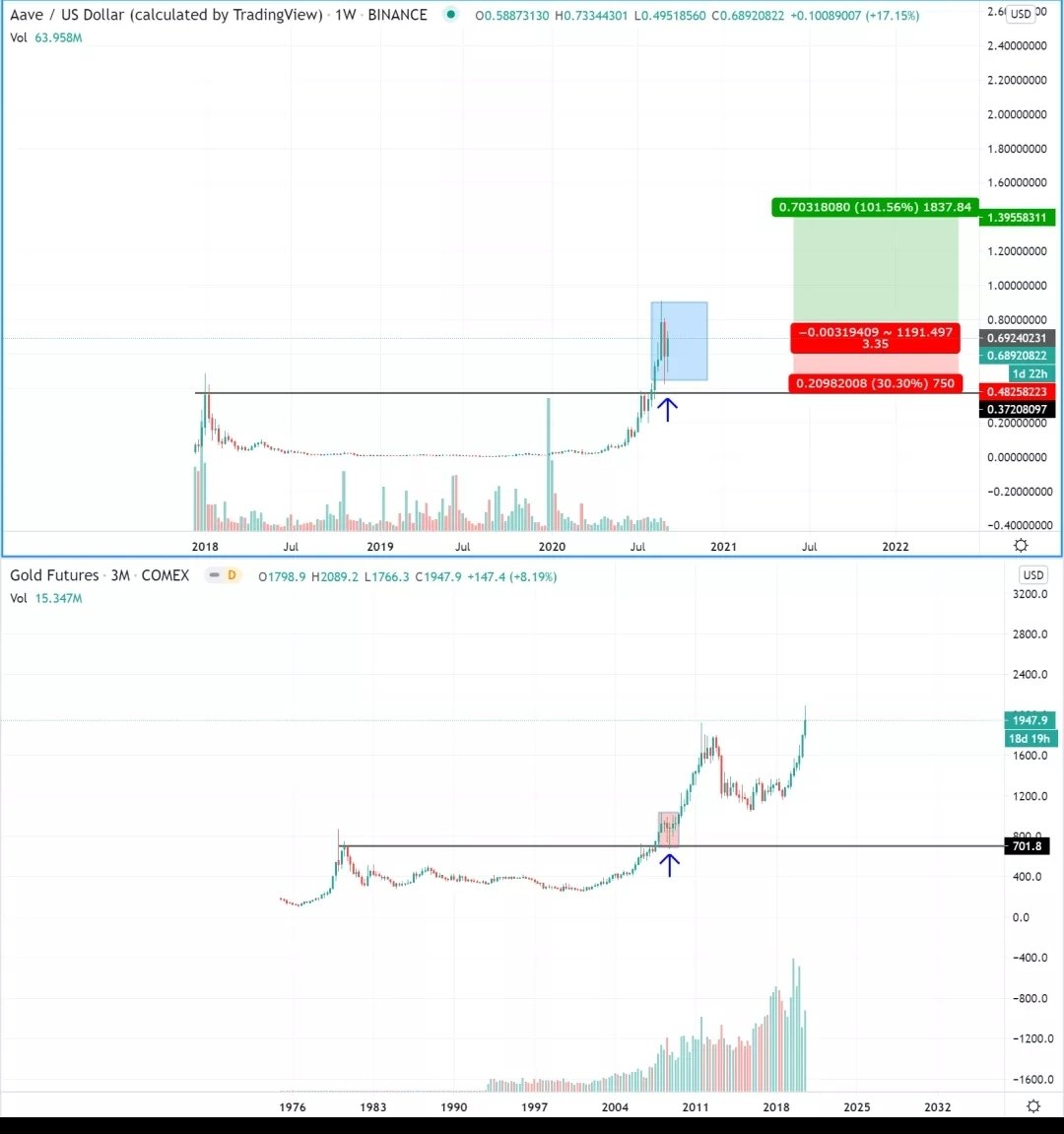 VCs Are Bullish on the Coin

Top venture capitalists in the industry are optimistic about LEND’s potential in the ever-changing DeFi space.

Spencer Noon of DTC Capital argued that the fact Aave has managed to garner over $1 billion worth of value locked in its contracts without liquidity mining schemes is a positive sign for the protocol’s product-market fit:

“One of the best signals of PMF in #DeFi is if a project can succeed w/o extra incentives (liquidity mining). @AaveAave doesn’t have LM yet it’s still one of the biggest beneficiaries of new yield farming activity. At $1.26B TVL and only $759M mcap—the fundamentals are so strong.”

This was echoed by Multicoin Capital managing partner Kyle Samani. He said that Aave’s product-market fit would mean that if he had to choose one DeFi asset on Ethereum to own for two years, it would be LEND:

“If I had to hold a single Ethereum based DeFi asset for 2 years, it would be $AAVE. By far the best combination of: product/market fit, token distribution, community, pace of innovation, and reasonable valuation with upside to go.”

How these long-term trends will affect short-term price action, though, is currently not clear.